Miner’s Holiday: Christmas in the Mines

Miner’s Holiday: Christmas in the Mines

At McShane Welding and Metal Products, we try to provide some of the more unusual mining-related news and information. And Christmastime is no different. Here we offer five ways to explore Christmas in the mines: 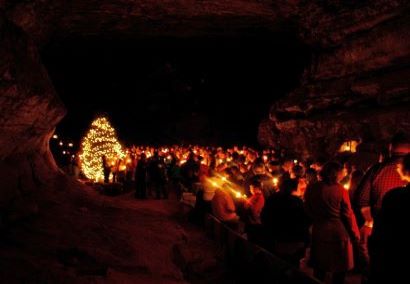 The Men of the Deeps

In 1966, a group of former coal miners from Cape Breton Island, Nova Scotia, formed an unusual male chorale ensemble. Dubbed “The Men of the Deeps,” their purpose was to preserve the local traditional music and folklore.

Dressed in their miners’ coveralls and hard hats, they make a striking impression when they enter a concert hall in total darkness, the only light provided by their head lamps.

Today, the group has toured most of the major North American cities. They’ve also performed concerts specifically for fellow miners during United Mine Workers of America conventions.

And in 1977, The Men of the Deeps became the first Canadian musical ensemble to tour the People’s Republic of China.

The Men of the Deeps have recorded six albums, the most recent being “Christmas in the Mine.” Here they are, performing the title song.

Christmas Island is an Australian territory located in the Indiana Ocean. The island was named by British Captain William Mynors of the East India when he sailed past it on Christmas Day, in 1643.

Although 65% of the island is designated as a national park, there’s also a large phosphate mining concern. In fact, phosphate mining on Christmas Island first began more than 100 years ago and quickly became the economic foundation of the island. To this day, it remains one of the major employers.

Mine owner Phosphate Resources Limited was recently awarded a new lease by the Australian Government, securing its mining operation on the island until 2034.

Ever heard of a “miner’s figure”? It’s a traditional Christmas decoration from the Ore Mountains of central Europe. Carved out of wood by the local craftsmen, the figure bears one or two candles. It’s typically displayed together with an angelic figure, also bearing a candle.

Since the 1800s, mining was the economic driver of the region. It was one of the traditional “duties” of every Ore Mountain man, when he became a father, to carve a miner or an angel for his child. (The miner for a son and the angel for a daughter.)

Then at Christmastime, the figures were placed in windows so passers-by could see how many children lived in the home.

But these decorations also had another purpose. In wintertime, when miners went to the pit early in the morning, it was dark; when they returned home, it was dark. In order to light their way, the womenfolk placed the Lichterbergmann (“Light Miner”) and the Lichterengel (Light Angel) in the windows.

The angel became a symbolic figure for the pious miners of the Ore Mountains. The angels acted as guardians and light-bearers on the dark and difficult road into the mine.

Today, the local artisans still carve the traditional figures and export them globally, as a colorful reminder of Christmas in the mines.

The Christmas gold mine in the Arizona desert has a rather interesting history.

In 1880 Dr. James Douglas, president of the Phelps Dodge Mining Company, discovered rich deposits of gold in the Dripping Springs Mountains of Arizona. But the deposits were located on the Apache Reservation, and couldn’t be developed. So the company hired an Irishman named Michael O’Brien to squat on the property for 20 years. Which he did, while awaiting the chance to legally file on the company’s claims.

Meanwhile, another entrepreneur, George Chittenden, wasn’t that patient. He decided to ram a bill through Congress, gerrymandering the reservation line around the gold deposits. Chittenden received the news of the bill’s passage the day before Christmas in 1902. He immediately staked his claims and named the mine “Christmas.”

What happened to Mike O’Brien, the man hired by Phelps Dodge to squat on the property? Apparently he had gone into a nearby town to celebrate Christmas. By the time he returned, Chittenden and his friends had already staked out their claims.

The Christmas Mine operated until 1943, but it produced only limited amounts of gold and silver. Mainly, it produced copper — 55 million pounds of it, with a value in excess of $10 million.

The mine suffered through many ups and downs over the decades, until its final closure in the early 1980s.

If you’d like your kids to experience Christmas in the mines, two separate mining museums offer just such an adventure. The catch? They’re both located in the British Isles.

The Arigna Mining Experience, Ireland’s only museum dedicated to coal mining, offers a special two-hour visit each Christmas. There’s plenty of holiday entertainment and festive face painting. But the highlight for the kids is a chance to meet Santa in his underground grotto and receive a special gift.

Not to be outdone, the National Coal Mining Museum in West Yorkshire, UK, takes visitors more than 450 feet underground, where good children receive a gift from Santa and bad children receive a lump of coal. This feature was nationally ranked by several British news outlets as one of “The Best Places to See Father Christmas.”

To put you in the holiday spirit, we leave you with a clip of Santa’s Underground Grotto from the Arigna Mining Experience:

The Men of the Deeps