Silver: The Other Historic Mining Rush

Silver: The Other Historic Mining Rush

The first prospectors arrived in the Territory of Nevada searching for gold. In fact, it was a nominal gold strike in an isolated canyon that quickly became one of the richest silver strikes ever discovered. 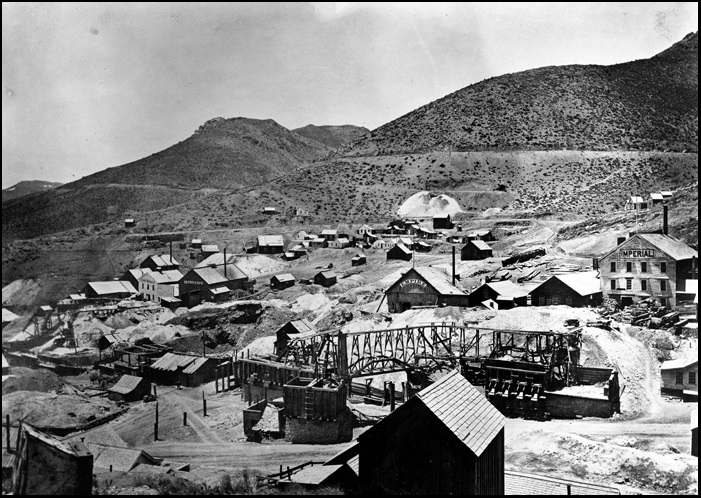 Most Americans are familiar with the California Gold Rush of 1849. Far fewer know about the Great Silver Rush which occurred ten years later.

Images of the gold rush are often larger-than-life. (See related article,“Eureka! Five Amazing Facts About the California Gold Rush.”) But the impact of silver mining in the history of the American West also cannot be overlooked, particularly in Nevada. 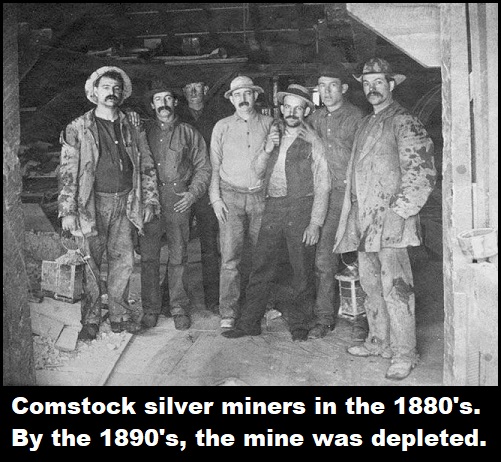 Silver in Them Thar Hills

The first prospectors arrived in the Territory of Nevada searching for gold. In fact, it was a nominal gold strike in an isolated canyon that quickly became one of the richest silver strikes ever discovered.

That’s where two brothers, Ethan and Hosea Grosh, struck a tremendous vein of the stuff in 1859. The Comstock Lode was so large that it instigated a reverse migration from California, as fortune hunters rushed to Nevada’s Washoe Valley.

One of those hopeful miners was Henry Tompkins Comstock, a friend of the Grosh brothers. After the brothers died (one from tetanus, the other from hypothermia), Comstock tried to locate their rumored silver find. That’s when he and several others laid claim to the famous lode that became the richest silver mine in American history.

The Comstock Lode was developed under harsh conditions. The trek up the primitive mountain trails from California to Nevada was long, decent living facilities were lacking, and basic necessities were in short supply. Still, the lure of the quick fortune attracted thousands, many of whom were destined for disappointment.

Even Comstock himself was unable to capitalize on his momentous discovery, as he sold out too early. Like Californian John Sutter, on whose property gold was discovered in 1847, Comstock failed to prosper as a miner. He died by his own hand in 1870, broke and broken.

The Nevada Silver Rush differed from the California Gold Rush in significant ways.

In California, the Forty-Niners swarmed into the territory and panned easy gold nuggets directly from mountain streams. The mining companies then moved in and excavated the deep veins of gold that the panners couldn’t touch.

In California, the mining camps developed into mining towns. These gradually became stable communities, with farms and merchants and schools. 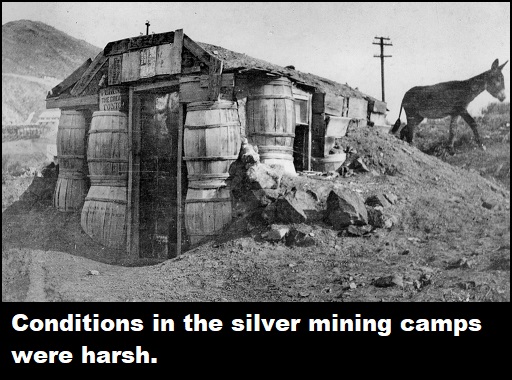 Not so in Nevada, where silver formed strictly on the surface.

In Nevada, the harsh climate served to concentrate the silver into heavy gray crusts. According to writer and geologist Andrew Alden, “You could shovel the mineral right off the ground, and you didn’t need a Ph.D. to find it.” 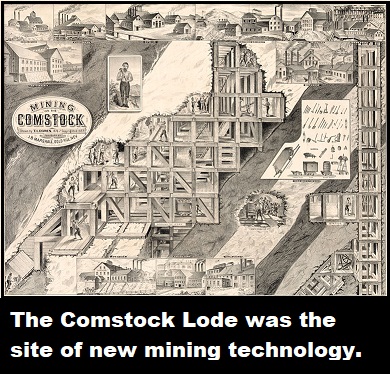 Many Nevada silver beds could be a hundred feet wide and more than a half mile long. In 1860’s dollars, the crust on the ground was often worth up to $27,000 a ton. But once it was gone, there was little left beneath for most hard-rock mining companies to excavate, given the limited technology of the times.

The Comstock Lode lasted longer than most. It was one of few that utilized large combines and innovative mining technology.

Peak production from the Comstock occurred in 1877, with the mines producing more than $21 million of silver that year (about $482 million in today’s dollars).

In most cases, the silver mining “surface bonanzas” lasted only long enough to build saloons and not much else. The mining camps sprang up like mushrooms and vanished just as quickly. According to Alden, “The rough, violent life depicted in so many Western movies reached its purest state in the Nevada silver camps.” 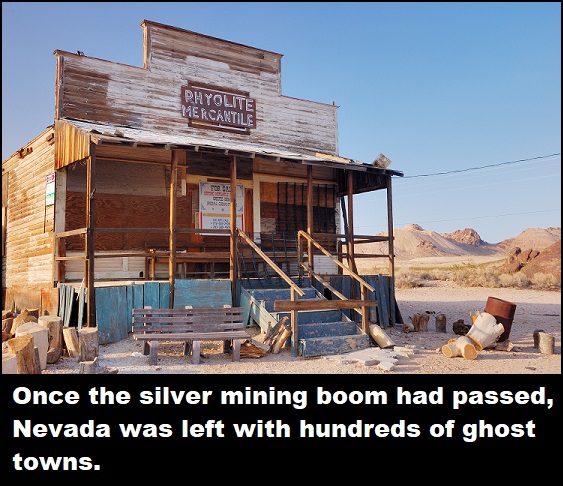 Before the Comstock Lode was discovered, Nevada was considered to be a wasteland of desert and wilderness.

Afterwards, western Nevada quickly became the center of mining activity. (The California Gold Rush was petering out by that time.) As a result of the silver boom, the Nevada Territory was granted statehood in 1864.

With the exception of Carson City, the vast majority of Nevada’s mining boomtowns are now ghost towns. The website ghosttowns.com lists more than 500 Nevada ghost towns, many of which can traced back to the Great Silver Rush of the 19th century.

The most well-known of Nevada’s mining towns is probably Virginia City. At its population peak in the mid-1870’s, Virginia City had an estimated 25,000 residents. Mark Twain called it the “‘livest’ town, for its age and population, that America had ever produced.” As of the 2010 census, the population was 855; the entire town functions as a living museum.

And though it can no longer be shoveled off the ground, it can be swept off casino tables… by modern-day fortune seekers.