In Salem, N.H., a 36-year-old woman overdoses on fentanyl in the aisle of a Family Dollar store, while her two-year-old daughter looks on.

A Memphis couple in their sixties overdose on heroin near a bus stop, amidst several bystanders.

A young Florida woman and her friend OD after snorting lines of heroin in their SUV, with their infant children strapped in the back seat.

What do all these situations have in common? Two things:

1. They were all filmed by onlookers or first responders and then posted to social media, where they quickly went viral, and

2. They all resulted in the rehabilitation of the drug users. But does one necessarily lead to the other? 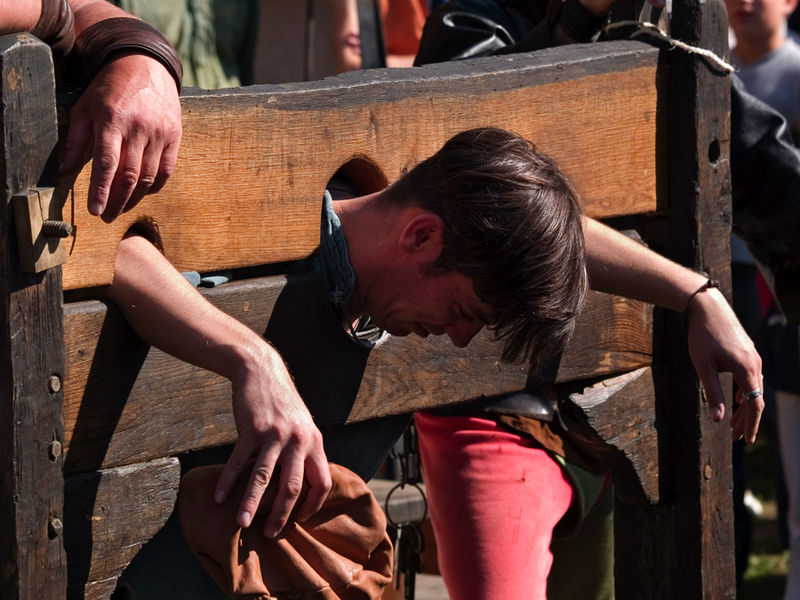 Addiction experts say overdose videos are often counterproductive because they can increase the stigma against drug users.

Janie Simmons is the founder and director of Get Naloxone Now. She believes that most people still view drug addiction as a moral failure instead of a disease. “And that paradigm perpetuates stigma, and we know that stigma keeps people from effective treatment more than it leads them to it.”

Users themselves disagree on whether the humiliation helped them clean up their lives. For many of them — such as those mentioned above — it did force them to get help. 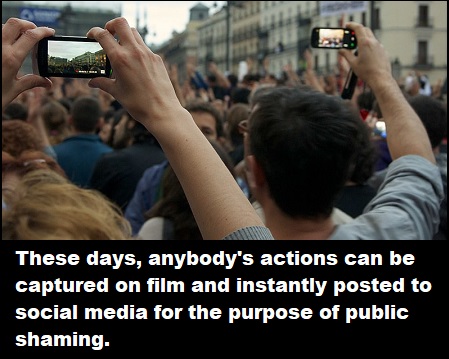 Take Mandy McGowan, for instance. She’s the young mother who collapsed in the Family Dollar store, and subsequently was dubbed the “Dollar Store Junkie.” The heartbreaking video posted to social media spurned outrage among viewers — mainly because they couldn’t understand why no one tried to help her child:

Meanwhile, the video played in a loop on the local news, vaulted onto CNN and Fox News, and then ricocheted across the web. As a result, a Boston treatment center offered her six months of free treatment, and she took it.

“I know what I did, and I can’t change it,” she said. “I live with that guilt every single day. But it’s also wrong to take video and not help.”

Still in treatment, McGowan remains sober and shows progress. She expects the charges against her to be dropped.

McGowan knows she will probably never regain custody of her daughter. But she hopes to develop a relationship with her and replace the image in her own mind of the sobbing child in the pink pajamas.

Is Shame an Effective Motivator?

Carrie Wilkens is co-founder and Clinical Director of the Center for Motivation and Change, a drug use recovery program. She says shame and addiction are a “potentially lethal combination.”

While guilt about one’s actions can sometimes be motivational, shame about one’s self often has the opposite effect. (See sidebar, “Guilt vs. Shame.”)

For example, a 2007 study focused on the use of  “confrontation” strategies — such as character condemnation, ridicule and intentional humiliation — in addiction treatment. The study concluded that these practices are “generally ineffective, potentially harmful, and professionally inappropriate.”

But for every study that determines shame is not a good motivator for change, you can find another study that claims it is.

Police departments and other first responders who post overdose images and videos insist they are simply trying to reveal the brutal reality of what they see every day.

“It’s heartbreaking,” said James Fitzpatrick, the police chief responsible for releasing McGowan’s overdose video. “This is definitely evidence that shows what addiction can do to someone.”

Courtland Garner is the man who filmed Ron and Carla Hiers as they overdosed at a Memphis bus stop. He said he did it as a deterrent to young people. “I want the kids to see the video and be like, ‘Damn! I don’t need no drugs! Look at them guys!'”

Ron said he holds no animosity in his heart toward Garner. “He did not put myself or my wife in that position. We put ourselves there….The video was the best thing that happened to me.”

Ron and Carla both received free long-term treatment as a result of the video. They have remained sober since 2016 and have become models of recovery. 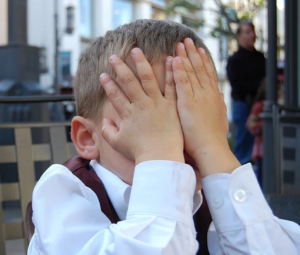 Guilt vs. Shame
Although guilt and shame are often used interchangeably, they have very different meanings.

Guilt Defined
In psychology, guilt is defined as an emotional state that comes when we feel we have failed to live up to our own or others morals or standards.

Guilt includes both thoughts of how we have failed and distressing emotions like sadness, anger, or anxiety. Some guilt can be healthy if resolved appropriately.

Shame Defined
Shame is an intense feeling about the self that comes from failing to live up to one’s own or others’ standards.

The main difference is that with shame, we view ourselves as a bad person rather than a good person who has done something bad. Shame is unhealthy, especially if it remains unresolved. 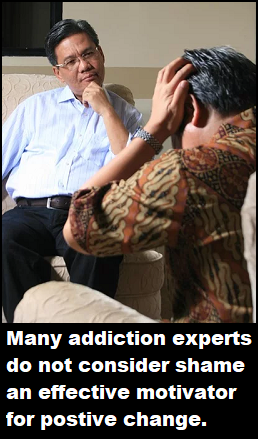 But even for those victims who succeed in drug treatment after their public shaming episode, the road back is anything but smooth.

June Schweinhart, one of the Florida women who OD’d in her SUV, had been hiding her heroin use from her family and friends. Nobody knew.

Then suddenly, everybody knew.

When she saw the overdose video and heard her baby’s cries, “It made me sick to my stomach,” she said. “It still does.”

And yet, with all its shame and humiliation, Schweinhart now views the video as a divine intervention that forced her to confront her addiction and seek treatment. Which she did. But then, after a few months, she left the program.

After a chaotic start — including the overdose deaths of two close relatives, a stint in jail, a rape, and a five-week stay in a psychiatric ward — Mandy McGowan is rebuilding her life. She currently spends part of her day as a volunteer outreach counselor in an area of Boston known as Methadone Mile.

Ron Hiers is training to become a recovery counselor at a treatment center in Mississippi. He now shares an apartment with people he met during recovery. His wife Carla also lives on her own in a Massachusetts apartment located near her treatment center – and far from her old Memphis haunts.

One thing is certain. For the people whose public shaming now lives forever online, life will never be the same.

Does Mining Cause Earthquakes? Wednesday Jan 1st, 2020
Time to Get the Lead Out! Wednesday Feb 5th, 2020