Test Your Knowledge of Pb with Our Lead Quiz

It’s sort of the Rodney Dangerfield of the mineral world: It’s not glamorous like gold or silver, or rare like jadeite. It’s not as trendy as lithium or a super conductor like copper…And it can kill you.

But lead is also extremely useful and versatile. How much do you know about this under-appreciated mineral?

Take our lead quiz and see… 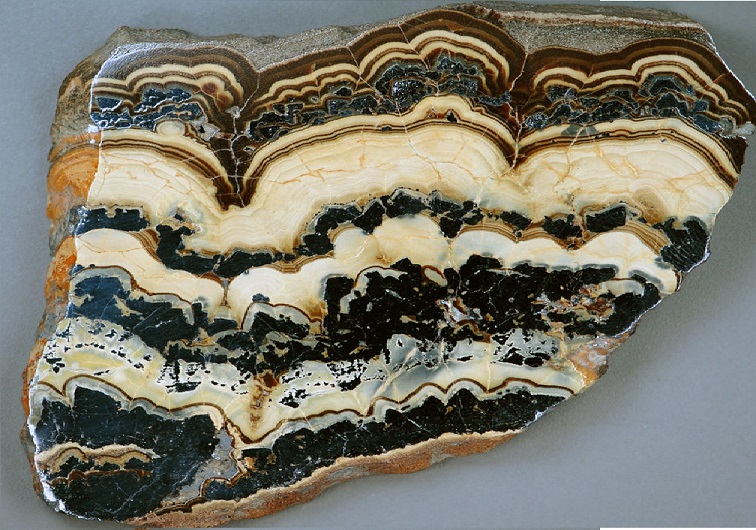 #1. Because lead is malleable, with a relatively low melting point of 625 degrees, it used to be a popular choice for which part of home construction?

A. Plumbing
B. Electrical ductwork
C. Fireplaces
D. Doorknobs and hinges
E. Radiators
Okay, we thought we’d start you off with an easy one. 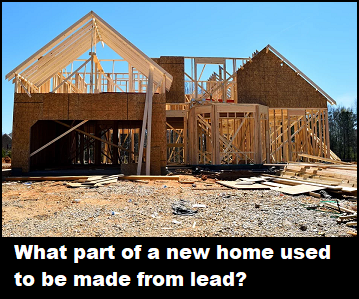 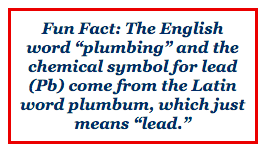 Of course, lead was a popular choice for pipes and plumbing. Most U.S. cities moved away from lead piping by the 1920s, although national plumbing codes still approved them into the 1980s.

Lead was also used in plumbing solder for drinking-water pipes until it was finally banned in 1986.

As mentioned before, lead is not a good thermal conductor. In fact, it’s the only metal which exhibits zero Thomson effect. In other words, when an electrical current is passed through a sample of lead, heat is neither absorbed nor released. So it’s not well-suited for radiators or electrical ductwork. 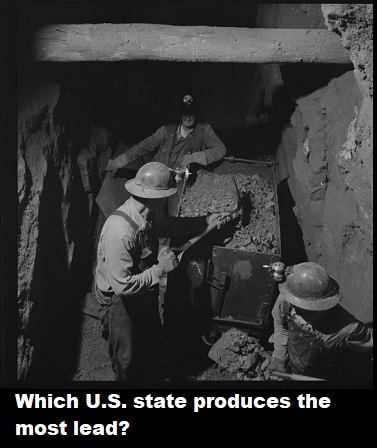 #2. There are currently 11 active lead mines in the U.S. Six of them are located in which state?

A. Alaska
B. Minnesota
C. Missouri
D. West Virginia
E. Idaho
If you answered C, you really know your Pb!

According to the U.S. Geographical Survey, six lead mines in Missouri, plus five mines in Alaska, Idaho, and Washington, currently account for all domestic lead mine production.

In fact, just an hour south of St. Louis sits the largest lead deposit in the world. Though today it’s known as the Old Lead Belt, it was once a thriving mining community. From 1864 to 1972, roughly 8.5 million tons of elemental lead were extracted from mines that reached hundreds of feet below the surface. These days, the mines produce about 313,000 tons per year.

Mining in the Old Lead Belt also played a key role in the construction of Bagnell Dam in 1929, creating the Lake of the Ozarks, one of Missouri’s most recognizable landmarks.

#3. Lead is typically extracted from which mineral ore?

A. Cinnabar
B. Galena
C. Bauxite
D. Siderite
E. None of the above

Cinnabar is the historic source for the brilliant red pigment termed vermilion. It’s an ore not of lead, but of another toxic mineral, mercury. Bauxite is the world’s primary source for aluminum, while siderite is a valuable iron ore.

So the answer is B. Lead is separated from galena through roasting and smelting – two processes which were even used by the ancient Romans.

You’ve reached the halfway point in our lead quiz. Don’t give up now!

#4. What percentage of the world’s lead is sourced from recycled materials?

While the current lead recycling rate in North America and Europe is nearly 100 percent, worldwide the rate is closer to 67 percent. It’s one of the world’s most recyclable minerals, as it can be remelted infinitely to remove impurities without losing quality.

The video demonstrates how it’s done.

#5. Lead is most commonly used for which of the following products?

Beginning in the 1920s, lead was commonly added to gasoline to reduce engine knocking and boost octane ratings. Due to concerns over air pollution and health risks, leaded gas was slowly phased out starting in the late 1970s and banned altogether in 1995.

While lead is used to produce x-ray shielding, it’s most common use — more than 85 percent — is in the production of car batteries.

The so-called “leads” in wooden pencils have never been made from lead, always from graphite. When the pencil originated as a wrapped graphite writing tool, the particular type of graphite used was named “plumbago” (meaning, “similar to lead.”).

#6. The most common symptoms of acute lead poisoning in adults are:

A. Abdominal pain
B. Headache
C. Hearing loss
D. Muscle weakness
E. All of the above

The answer is E, all of the above. Every year, as many as 412,000 U.S. residents die prematurely from health conditions where lead exposure was the underlying cause. Adults who work with batteries, renovate homes where lead-based paint was used, or work in auto repair shops are the most vulnerable.

Interesting fact: Lead is toxic to humans because it is very similar to another metal —calcium— that is essential for many important cell functions. Once lead enters the body, cells absorb it in the same way that they absorb calcium. Once inside cells, lead interferes with normal cell functions that depend on calcium.

A simple blood test can detect lead poisoning. If you suspect you may have been exposed to toxic levels of lead, contact the Poison Control Center.

Dying to Be Beautiful

In ancient Rome, women used lead makeup to whiten their faces, as did English nobles in the 16th century. Queen Elizabeth I used it routinely to cover her smallpox scars.

The “deathly pale” look remained popular through the 19th century and into the 20th. Surprisingly, it wasn’t until the Food, Drug and Cosmetic Act of 1938 that all but trace elements of lead were removed from cosmetics.

Congratulations! You made it through our Lead Quiz! Did we score a hit? Or did our quiz go over like a lead balloon?