The current opioid crisis is being compared to the AIDS epidemic of the 1980s and ’90s. But, while HIV/AIDS demonstrated no racial preference, the face of this crisis has been overwhelmingly white. 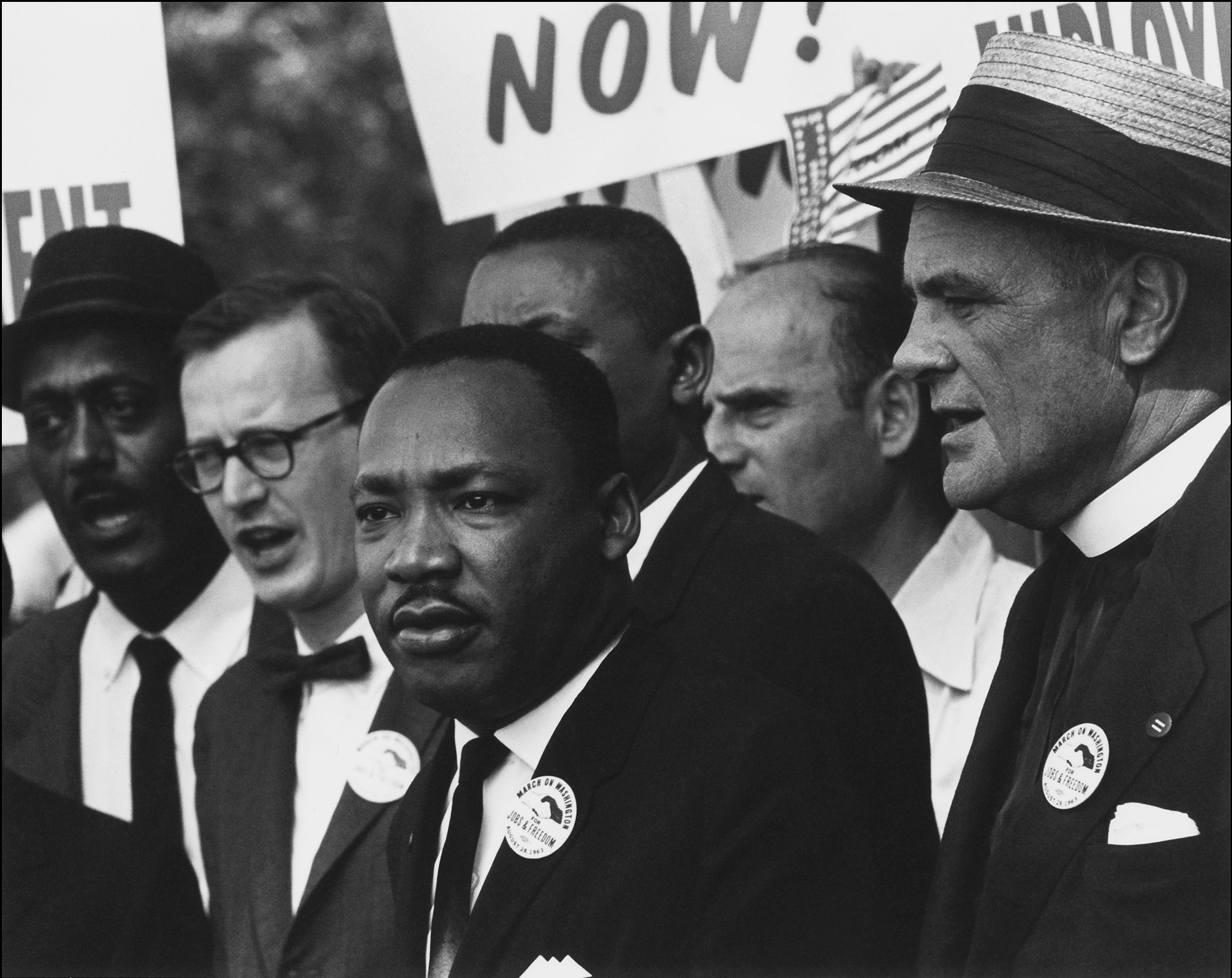 Racial Disparity in the Opioid Crisis

In the heartland of America, 12 therapy group members gather at a rehab clinic. They sit quietly, listen, and wait patiently for the opportunity to tell their story. Together they represent a cross-section of the nation’s opioid addicts.

They’re young and middle-aged. Blue-collar workers, or district attorneys, or teachers, or nurses. They’re rural poor, and they’re middle- and upper-class suburbanites. They all say painkillers prescribed after accidents or injuries paved the way to their dependence on opioids.

And they’re all white. 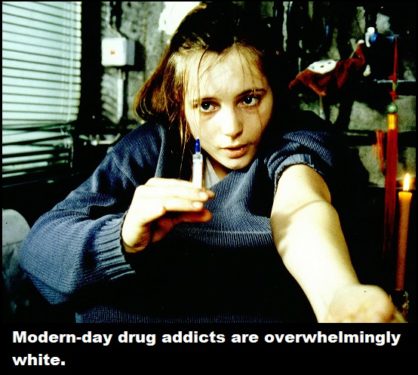 Drug Addiction in Black and White

The current opioid crisis is being compared to the AIDS epidemic of the 1980s and ’90s. But, while HIV/AIDS demonstrated no racial preference, the face of this crisis has been overwhelmingly white.

In 2016, drug overdoses killed an estimated 64,000 Americans. The vast majority (around 85 percent) of those overdose deaths were white people, while blacks and Hispanics each account for about 8 percent.

Ironically, this drug epidemic is actually sparing African-American and Latino communities—the very communities that have historically been most impacted by drug abuse.

According Dr. Andrew Kolodny, co-director of the Opioid Policy Research Collaborative at Brandeis University, the primary reason for the disparity is that doctors are much less likely to prescribe narcotics to non-white patients.

Because doctors are less likely to prescribe narcotics to African-Americans and Latinos, these patients are less likely to end up addicted to the medication. Kolodny believes that this racial stereotyping is actually having a protective effect on non-white populations. 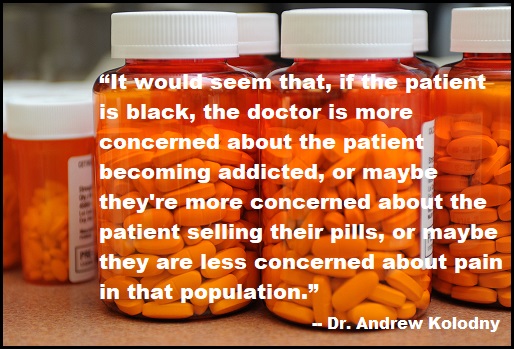 And, he adds, most doctors are probably not even aware they’re doing it.

A Different Type of Response 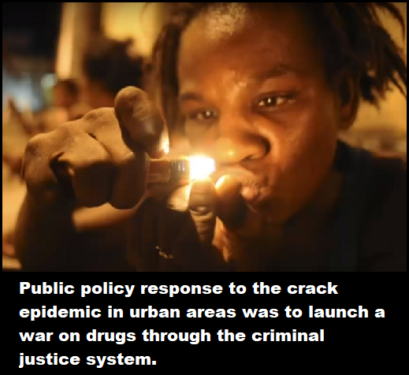 When the crack cocaine epidemic in the ’80s and ’90s was impacting black communities, the governmental response was to launch a “war on drugs” through the criminal justice system. The recent opioid crisis, on the other hand, has led mostly to a public health response, working to ensure that addicts can access effective treatment.

Some commentators believe that police officers today are more prone to view a heroin addict as a victim simply because the addict is now more likely to be white and middle-class.

This disparity in response angers some folks, like Chicago Tribune columnist Dahleen Glanton: “If America had shown less contempt and more compassion for crack addicts [in the 80’s and 90’s], we’d be way ahead of the game now in dealing with this scourge of opioid addiction.”

But instead, back then no one seemed to care about urban “crackheads,” according to Glanton. They were dispensable and belonged in jail.

To that end, Congress passed the Anti-Drug Abuse Act in 1986. This act established mandatory minimum sentences for cocaine possession. But these sentences were much tougher for crack cocaine — disproportionately affecting African-Americans. And hundreds of thousands of black people ended up with prison records because of minor drug violations.

A law professor from Yeshiva University eloquently explains the policy discrepancies in the following video clip:

The tendency to incarcerate minority drug addicts is an unfortunate trend that continues today. According to a recent article in the Huffington Post:

"Countless studies have shown that blacks use drugs about the same as whites, some drugs such as marijuana, and powdered cocaine even less. Yet, for three decades they have been the ones slapped with massive arrests, mandatory minimum sentences, and lengthy prison terms. They are the ones who pack America’s jails and prisons for drug crimes."

Glanton sees the “war on drugs” policy as a missed opportunity to figure out how to combat addiction. In her view, the crack cocaine epidemic represented “a drug crisis that sooner or later was bound to leave the ghettos and wind up where more affluent people live.”

She argues that crack addiction should have been treated like a public health crisis 30 years ago. Perhaps then, we would have a better understanding of how drugs spread through populations today. Who knows, we may even have developed ways to prevent drug addiction in the first place.

But we didn’t, and now we must start from scratch. 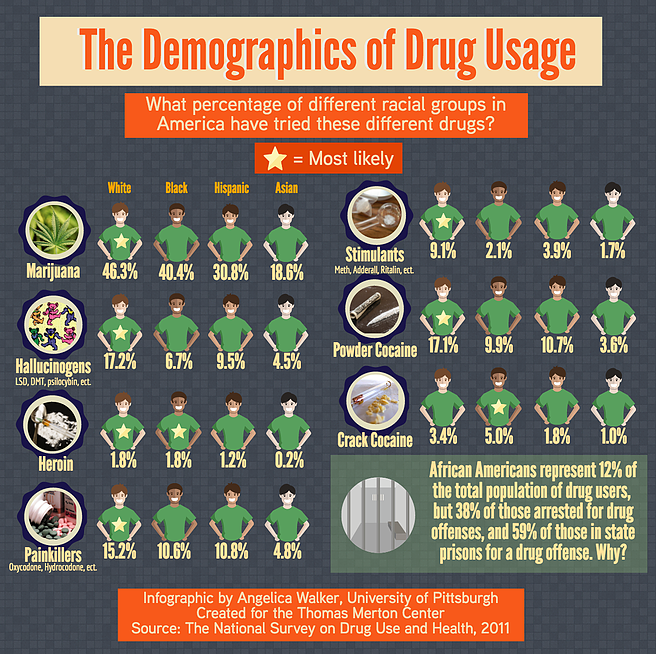 What’s clear is that drug addiction is an equal opportunity disorder. It cuts across all racial, ethnic, and socio-economic barriers. Which is why the response to controlling it must also be unbiased.

Dr. Kolodny believes the only practical solution to the current problem is for all opioid addicts to be able to access effective outpatient treatment more easily than they can access pain pills, heroin or fentanyl.

“If you’re opioid addicted, when you wake up in the morning you’re going to need to use an opioid pretty quickly or you’re going to be feeling very sick,” he said. “We want that person to be able to walk into a treatment center, regardless of their ability to pay for their care, and to be started on treatment — outpatient treatment, that same day.”