From the time of Moses through the mid-20th century, peasants, prisoners and immigrants have been exploited as slave labor for some of the world’s most formidable construction projects. Looking back, the toll in human life is often staggering. 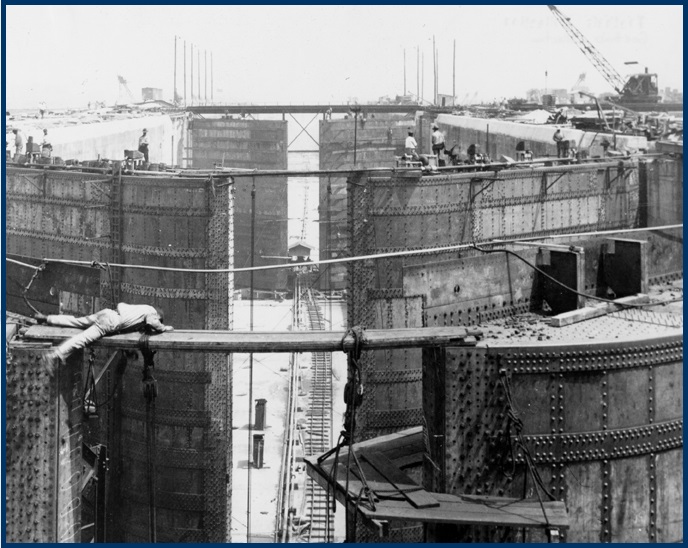 From the time of Moses through the mid-20th century, peasants, prisoners and immigrants have been exploited as slave labor for some of the world’s most formidable construction projects. Looking back, the toll in human life is often staggering.

Here are some of the deadliest endeavors undertaken in the last 150 years:

The Panama Canal was one of the largest and most ambitious construction projects in modern history.

Unfortunately, it was also one of the deadliest. More than 75,000 workers built the canal. And about 30,600 of them died building it.

The waterway was a joint effort between France and the United States, with France managing its construction from 1880 to 1904. During this time, about 25,000 people died, most by yellow fever and malaria. (The actual number is difficult to determine. The French only recorded deaths that occurred at their hospitals.)

After the U.S. assumed control in 1904, approximately 5,609 workers died from diseases and accidents. A majority of them were natives to the area. Only 350 of the U.S. deaths were white Americans; 4,500 were West Indian workers.

Easily one of the world’s deadliest construction projects, this 258-mile Southeast Asian railroad came to be known as the “Death Railway.”

Built by Japan during WWII to transport troops and supplies to Burma, it used about 60,000 Allied POWs as forced labor. About 12,400 of those soldiers died during the construction. (However, some estimate the figure to be closer to 16,000.)

One of the bridges that was built during the railway construction was later immortalized in the book and subsequent film,  The Bridge on the River Kwai:

Many of the soldiers starved to death; others died at the hands of their brutal captors. About 180,000 Southeast Asian civilians were also forcibly drafted by the Imperial Japanese Army to work on the railway. About half of them lost their lives while doing so. All told, more than 102,000 workers paid for the Burma-Siam Railway with their blood.

After the war, 111 Japanese military officials were tried as war criminals for their brutality in connection with the Death Railway. Thirty-two of them were sentenced to death.

In terms of sheer numbers, the building of the Suez Canal was the deadliest project in the modern era. Built by the French-owned Suez Canal Company, this waterway connects the Mediterranean to the Red Sea.

The 120-mile canal was dug manually by 1.5 million workers during its 11-year excavation. The bulk of these were Egyptian forced labor. At least 120,000 of them died — from heat, thirst and disease caused by unsanitary conditions.

The most common diseases infesting the workers’ camps were lung diseases, dysentery, hepatitis, small pox, and tuberculosis. Then, in the summer of 1865, cholera struck. It proved so deadly that the company could not find enough men to lift the bodies of the dead for burial in the desert.

Many workers were also exposed to burning phosphorous. As a result, thousands of them later succumbed to other strange deadly diseases.

Life in a Russian gulag during Josef Stalin’s reign of terror was brutal and violent.

As punishment for their crimes against the government, many of these prisoners were forced to dig the White Sea-Baltic Sea Canal.

This 141-mile canal runs through Russia from the Baltic Sea to the inland White Sea. It enables the transport of goods all the way to Siberian ports in the Arctic.

Working conditions for the prisoners were deplorable; the tools were primitive and safety equipment virtually non-existent. At the end of the project, 12,000 of the prisoners were set free. Another 12,000 workers are estimated to have died during construction. (However, unofficial estimates of the death toll run as high as 25,000 workers.) They perished from starvation, cold and physical exhaustion.

When Central Pacific Railroad President Leland Stanford ceremonially struck the last spike of the Transcontinental Railroad in May 1869, he changed the course of American history.

The building of the 1,900-mile railway which linked the eastern and western sides of the country began in 1863. By the time it was completed, workers had blasted through the hard rock to create 19 separate tunnels. Hundreds of miles of rails were laid over the Sierra Nevada mountains.

The Union Pacific Railroad, based in Omaha, hired mainly Irish immigrants – about 10,000 of them – to lay track going west. While the Central Pacific Railroad, based in Sacramento, relied almost entirely on Chinese immigrants to build the eastward rails. At the height of the railway’s construction period, the Central Pacific employed over 12,000 Chinese workers. That was more than 90 percent of the company’s workforce. (Others have estimated the Chinese workers at 15,000 to 20,000.)

The Chinese received 30% to 50% lower wages than their white counterparts. They also had to pay for their own food, which was provided to the white workers. And if that weren’t enough, they were given the most difficult and dangerous work, such as tunneling and using explosives. There is also evidence that some faced physical abuse from their supervisors.

At least 1,200 deaths have been associated with construction of the Transcontinental Railroad, but this figure has never been verified. Apparently, the railroads did not keep death records for their railroad workers. So historians can only estimate the number of dead from engineering reports, newspaper articles and oral histories of descendants.

The number of Chinese fatalities alone are estimated to be at least 1,000 workers. Many were killed as a result of snow slides, landslides, explosions, falls and other accidents. One 1868 newspaper article reported that Chinese companies had organized searches for the remains of 300 workers along the rail line.

An article in the Sacramento Reporter stated that “about 20,000 pounds of bones” dug up from shallow graves along the rail were taken by train for return to China. The bones were estimated to be those of 1,200 Chinese workers.

Opioid Quiz: How Much Have You Learned So Far? Wednesday Oct 16th, 2019
Is Marijuana a Gateway to Opioids? Wednesday Nov 13th, 2019