But this court is unlike any other. It’s the nation’s first opioid crisis intervention court. Unlike typical drug courts, this program gets users into treatment within hours — not weeks — of their arrest. The whole purpose of this court is to save lives. 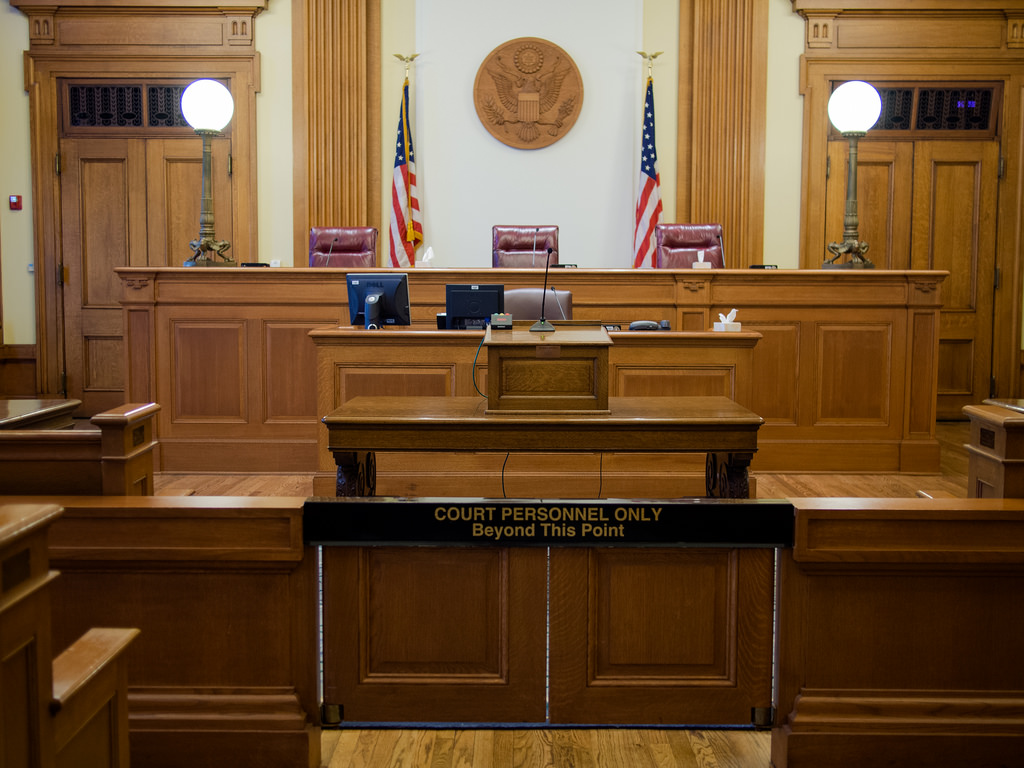 26-year-old Caitlyn Stein appears before the city court judge shackled in handcuffs and chains. Dressed in an orange jumpsuit, and painfully thin, she displays dark circles under her eyes and heroin track marks on her arms.

Ten years of crippling intravenous heroin addiction have left their mark on her body and her spirit.

First of Its Kind 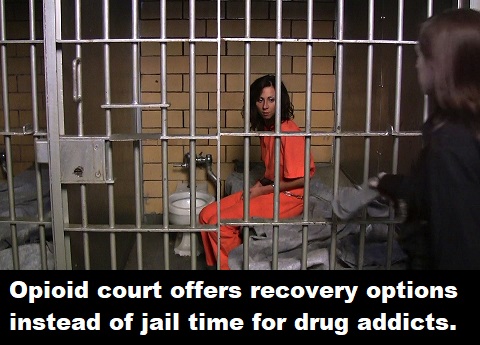 But this court is unlike any other. It’s the nation’s first opioid crisis intervention court. Unlike typical drug courts, this program gets users into treatment within hours — not weeks — of their arrest. The whole purpose of this court is to save lives.

The judge presiding over Buffalo’s opioid court is Judge Craig Hannah. As a recovering addict himself, Judge Hannah offers a unique perspective to the defendants who appear in his courtroom.

“Our main goal is to keep our participants alive,” he says. “I want them to have another sunset, another time with their family, to see another Christmas.”

This unique program requires detox, random drug testing, individual and group counseling, strict curfews, and checking in with Judge Hanna every day for a month. 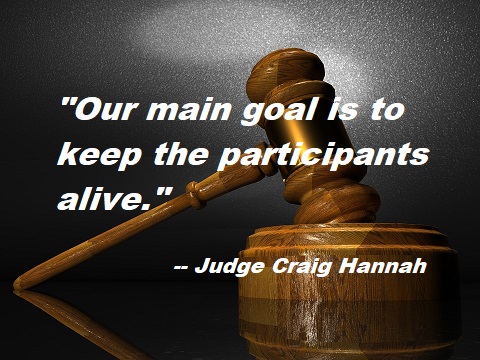 “Right from arraignment, we put the clock on hold. We turn off the court reporter, everything’s off the record, and we’re talking about getting you help,” Hannah said. “And once we get you help and get you stabilized, we put the criminal case back on the calendar.”

Judge Hannah knows almost immediately if someone’s using again or didn’t show up for counseling or curfew. For instance, he knew that Stein bolted from her detox bed after her first appearance in his courtroom. She was rearrested a few months later, and the judge gave her another chance.

After a month of in-patient treatment, Stein appeared before him again. This time, she was neatly dressed, alert and upbeat.

“This is your first day back! Good to see you!” he said as he greeted her. 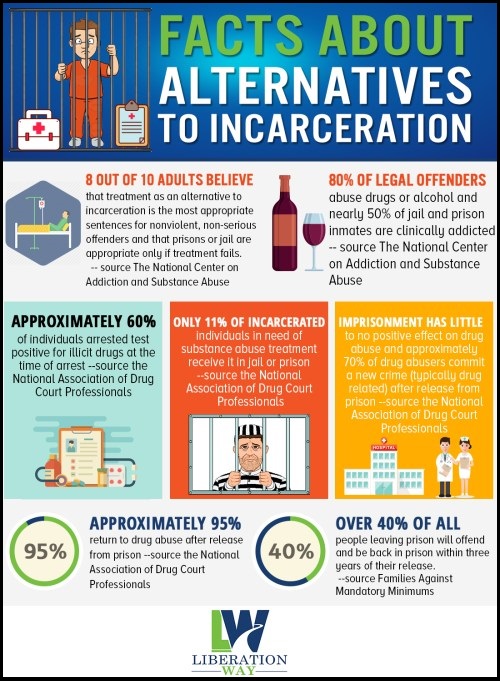 She hands him a folder full of awards and certificates earned during her recovery.

“Oh, you’ve also been a positive peer mentor. Wow. You really did your thing down there. Congratulations,” Hannah said, looking Stein in the eyes. “How many days clean?”

“You know you have to see me every day after treatment, right? Unless you’re in group.” Yes, she understood.

Judge Hannah runs his court with a firm but benevolent hand. He knows when he’s being spun a line; he issues arrest warrants for those who disappear. But no one gets indefinitely kicked out of the program for minor infractions. The judge allows participants to restart their treatment multiple times.

Part of a Growing Trend

The Buffalo opioid court is just the latest iteration in a drug court system that has been around for more than two decades.

According to research compiled by the National Association of Drug Court Professionals, drug courts help reduce crime, save money, ensure treatment compliance and restore families. In fact, May is National Drug Court Month. Take a look:

The primary difference between traditional drug court and Buffalo’s opioid court is the speed with which defendants are admitted into recovery. And the opioid court is fairly new. (It was created in May of last year with the help of a $300,000 grant from the Justice Department.) So it’s still too soon to draw big conclusions.

But so far, the numbers are encouraging. It appears that less than 5% of the participants completely wash out of the program. Jeff Smith, Project Director for New York’s 8th Judicial District, likes those odds.

“Do I think it can be replicated? Most certainly,” he said. So far, eight other states have announced plans to study new ways to fight the opioid crisis within the criminal justice system. 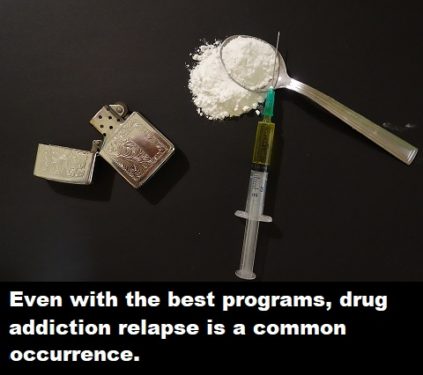 Still, the reality of relapse remains all too common. Many participants are on their second or third time through the court.

Despite her best intentions, Caitlyn Stein is among those relapse statistics. Just a few days after her second appearance before Judge Hannah, she failed to show up for her daily check-in.

A warrant has been issued for her arrest. The next time she appears before the judge, it’ll be back to Day 1 for her.

According to court officials, she’s been in touch via phone and always promises to turn herself in the next day. That hasn’t happened.

But Judge Hannah is still pulling for her.

“I know that you can have every intention of trying to stay clean, but at 2 o’clock in the morning when that demon calls, and no one’s around and no one’s looking, a lot of people are going to slip up. You can’t lock up an addiction, the addiction is still there.”