In the average nation, only about 20 percent gave one of those responses. And in the Philippines or South Africa (both still considered developing countries), just 11 percent reported feeling pain that often. 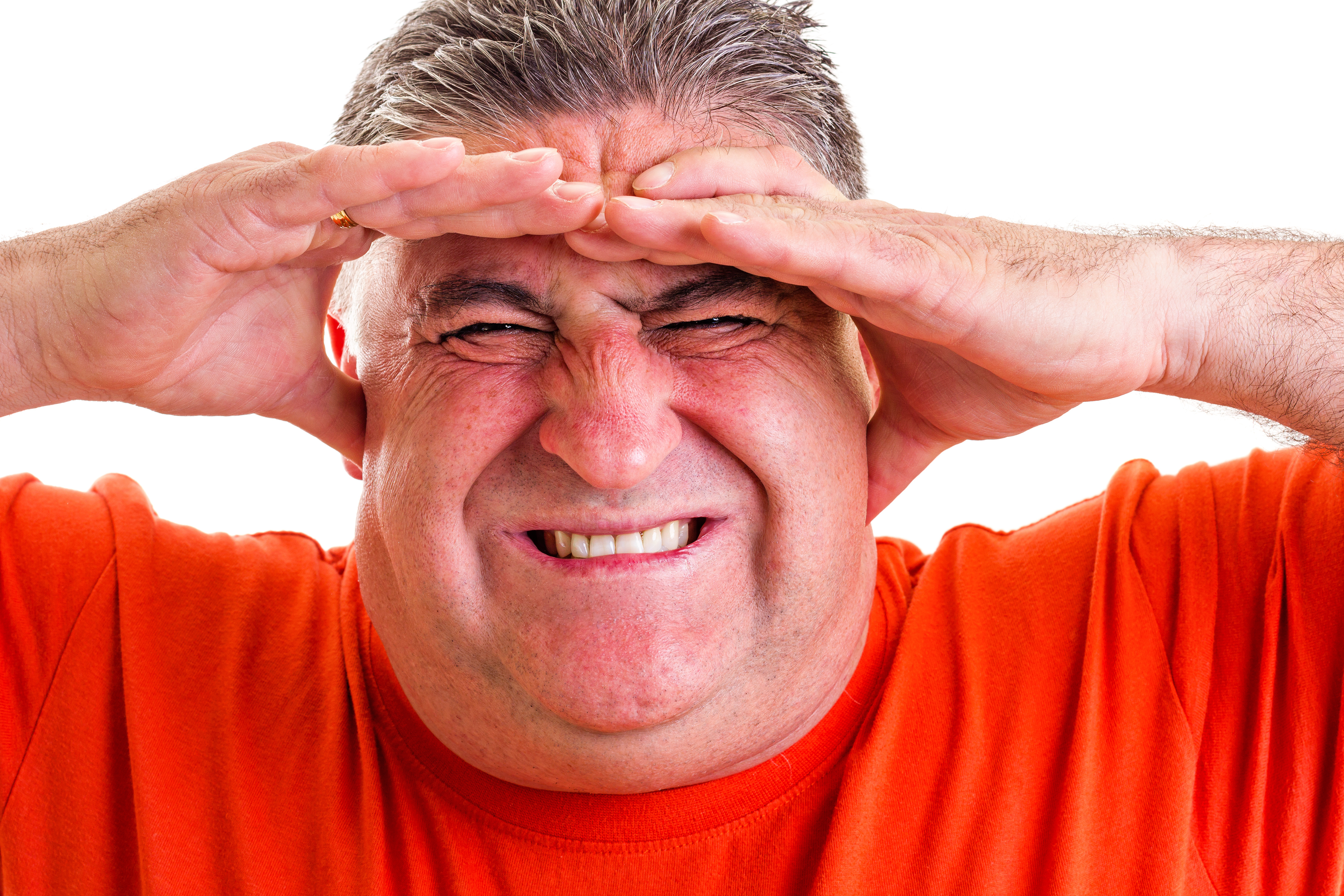 Americans Feel More Pain Than Anyone Else. Here’s Why…

In 2011, 52,000 people from 30 different countries across the globe were asked the following survey question:

During the past four weeks, how often have you had bodily aches or pains? Never; seldom; sometimes; often; or very often?

The result? About 34 percent of the Americans said they feel aches and pains “very often” or “often.” That was more than the citizens of any other country. 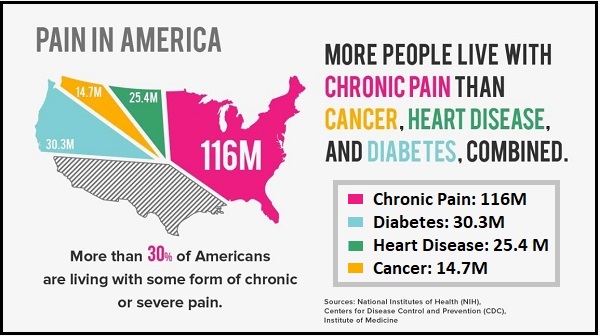 In the average nation, only about 20 percent gave one of those responses. And in the Philippines or South Africa (both still considered developing countries), just 11 percent reported feeling pain that often.

After analyzing these results, Dartmouth College researcher David Blanchflower, confirmed that Americans both perceive and report pain differently than people in other countries. His paper, “Unhappiness and Pain in Modern America,” was published by the National Bureau of Economic Research.

“Although on first hearing it seems hard to believe,” Blanchflower said, “there is evidence that Americans are in more pain than citizens of other advanced, and even not-so-advanced, countries.”

Why Does It Hurt?

The U.S. has the highest obesity rate on the planet. According to the most recent data, nearly three-quarters of American men and more than 60% of American women are obese or overweight.

One might think that having an extra layer of fat would help insulate you from pain, sort of “cushion the blow.”

Not so, according to Blanchflower. “Americans are fatter than everyone else, and pain relates to obesity,” he said.

Until recently this pain was chalked up to inflammation, the stress that extra weight puts on joints and spines, and the disturbed sleep that comes from sleep apnea. But new research by the National Institutes of Health (NIH) and a study conducted at Leeds Beckett University both indicate that obese people are actually more sensitive to pain than their thinner counterparts.

Ironically, weight gain is both a cause and a result of chronic pain. A greater sensitivity to pain–and the physical limitations caused by chronic pain–lead to an increasingly sedentary lifestyle which, in turn, causes more weight gain.

We Take Too Many Painkillers

Americans consume nearly 80 percent of the global opioid supply. But paradoxically, long-term opioid use actually heightens the perception of pain, according to the NIH.

Opioids can cause a sort of full-body, neurological pain that overlays the original pain. It makes a person more sensitive to pain, and that makes the pain worse.

This occurs in two ways:

Doctors in other countries are less quick to dispense opioids for pain, other than for major surgical procedures. And they are also less likely to recommend surgery in the first place. (See box below.) 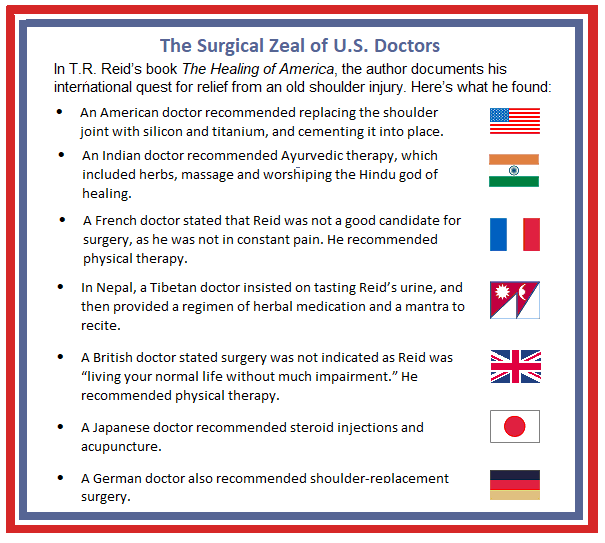 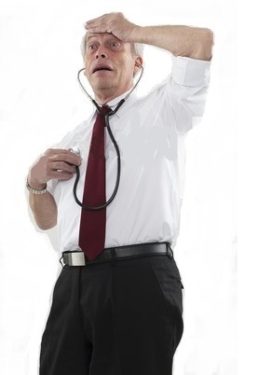 Several researchers now believe depression, one of the most common medical diagnoses in the U.S., might be one underlying cause that’s driving some patients to seek out prescription opioids and to use them improperly. They reach for a pain med when what they really need is an antidepressant.

And while the pain that Americans report might be very real, psychological factors are contributing to it. For instance, depression tends to increase the perception of pain.

“Unhappiness and pain complaints go together, and the pain complaints didn’t always come first,” said Mark Sullivan, a professor of psychiatry at the University of Washington.

Added to this is the uniquely American belief that all aches and pains are treatable and should be eliminated, instead of just accepted as part of life. That’s the view of Arthur Barsky, a Harvard psychiatry professor who researches hypochondria.

With the proliferation of medical information on the internet, the problem has grown. “They go on the web,” says Barsky, “and learn about new diseases and new presentations of old diseases that they never even knew about before.” (Doctors call it “cyberchondria.”)

In Barsky’s view, the preoccupation with perfect health is impairing Americans’ ability to cope with a little bit of pain. 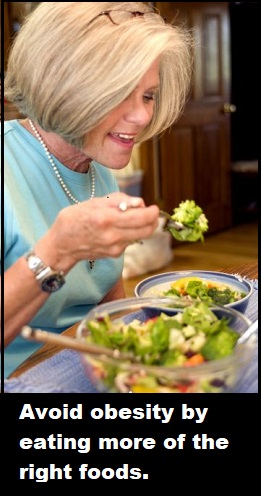 What Can You Do?

So how do you keep from becoming a chronic pain sufferer? Based on the information above, we suggest the following:

Here are three simple things you can do to lose weight or avoid obesity:

(Note: Always discuss medication changes with your doctor first, before you stop or change the dosage of any medicine.)

"Most folks are about as happy as they make up their minds to be.” — Abraham Lincoln 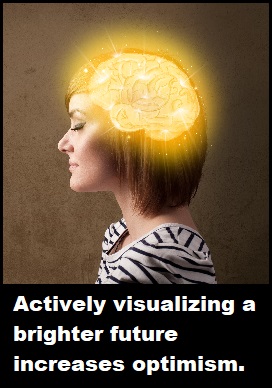 There’s a boatload of truth in this quotation attributed to our 16th president — a man who shouldered more than his share of pain. If you think your attitude could use some adjusting, the professionals offer a few tips:

Institute for Health Metrics and Evaluation

Making Cents of Copper: How Much Do You Know? Wednesday Sep 4th, 2019
Opioid Quiz: How Much Have You Learned So Far? Wednesday Oct 16th, 2019