If you’re wondering how a new opioid painkiller (dubbed a “super opioid”) could have received FDA approval while this country is in the throes of an opioid crisis, you’re not alone. In fact, critics of the FDA move include the chair of its own advisory committee, Dr. Raeford Brown. 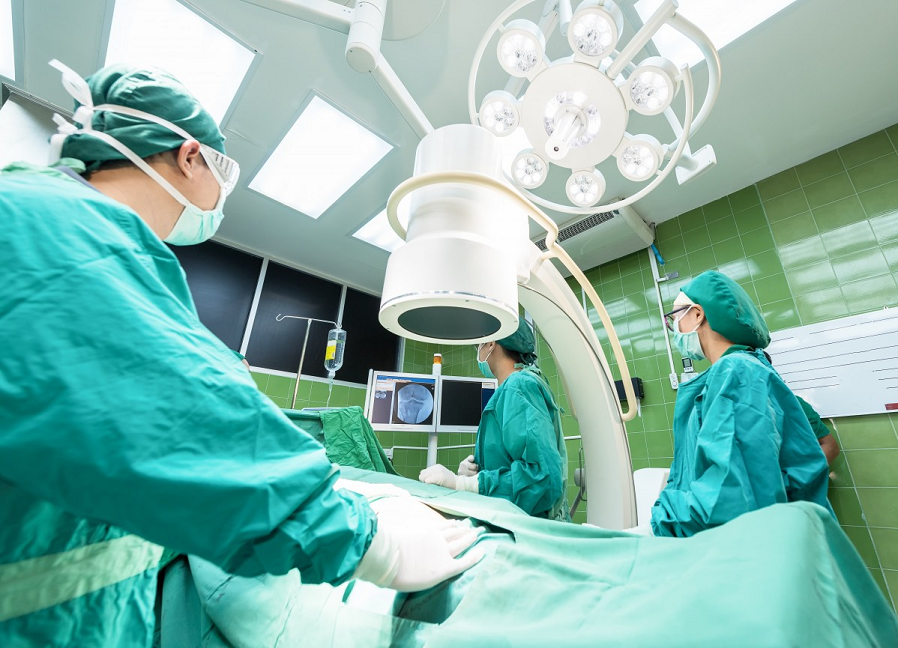 Dsuvia Approved by FDA in Midst of Opioid Crisis

It’s a three-millimeter-wide tablet that dissolves under a person’s tongue to deliver fast pain relief during extreme trauma. Like a broken femur or a gunshot wound.

It’s called Dsuvia. And it’s just been approved by the FDA.

If you’re wondering how a new opioid painkiller (dubbed a “super opioid”) could have received FDA approval while this country is in the throes of an opioid crisis, you’re not alone. In fact, critics of the FDA move include the chair of its own advisory committee, Dr. Raeford Brown.

“It [Dsuvia] is so potent that abusers of this intravenous formulation often die when they inject the first dose,” Brown said in a letter to FDA Commissioner Dr. Scott Gottlieb. “I predict that we will encounter diversion, abuse, and death within the early months of its availability on the market.”

Before Dr. Pamela Parker co-founded AcelRx Pharmaceuticals in 2005, she was the head of pain management at UC-San Francisco Medical Center. And she was an expert witness, testifying in wrongful death cases against hospitals.

Dsuvia is the brand name for the synthetic opioid painkiller sufentanil. Each dosage contains 30 micrograms of the drug. That’s 30 millionths of a gram. It is designed intended for use only in a supervised setting, such as an emergency room. 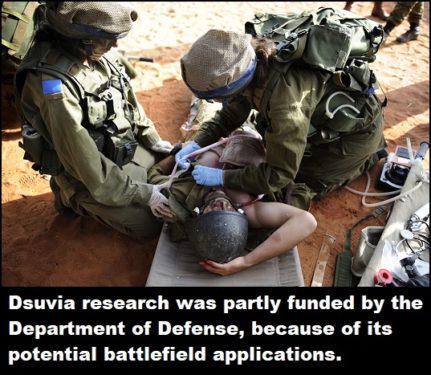 The U.S. Department of Defense helped fund the AcelRx’s of Dsuvia because of its potential battlefield applications. The drug must be administered by a health-care professional – such as a paramedic during transport — using a single-dose, prefilled, sublingual applicator.

Battlefield applications for DsuviaAccording to FDA Commissioner Gottlieb, Dsuvia is “ideally suited for certain special circumstances where patients may not be able to swallow oral medication.” He said this specifically includes wartime.

“This opioid formulation, along with Dsuvia’s unique delivery device, was a priority medical product for the Pentagon,” Gottlieb said. “It fills a specific and important, but limited, unmet medical need in treating our nation’s soldiers on the battlefield.”

The Problem with IVs

Sufentanil itself is nothing new. In fact, it’s been administered intravenously since 1984. But not all patients can handle an IV, particularly the obese, elderly, or otherwise vasoconstricted.

“There’s a huge advantage to not sticking a person with a needle,” Palmer said.

According to Healthline, a digital health information provider, side effects of intravenous drug administration include:

AcelRx applied for a new drug status with the FDA in 2016 and received an official response in October 2017. That’s the same month the opioid crisis was declared a public health emergency.

One major concern Dr. Brown and other experts have with Dsuvia is “diversion.” That’s when a drug changes hands from medical practitioners to substance abusers.

“Sublingual sufentanil represents a danger to the general public health and will make our job of protecting Americans more difficult,” Brown said. “It has no truly unique benefits and will only add to the worsening, not the mitigation, of the opioid epidemic in this country.” 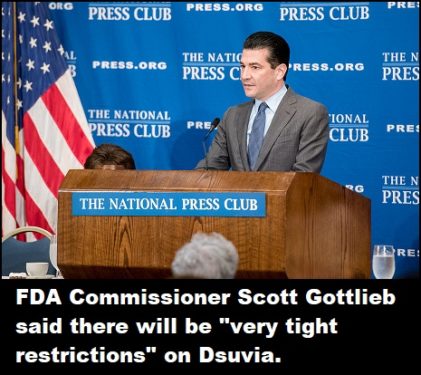 “There are very tight restrictions being placed on the distribution and use of this product. We’ve learned much from the harmful impact that other oral opioid products can have in the context of the opioid crisis. We’ve applied those hard lessons as part of the steps we’re taking to address safety concerns for Dsuvia.”

But other medical experts agree with Brown. Dr. Jon Koning is a pain management physician in Plano, Texas. In his view, while there’s a definite need for new, abuse-deterrent opioids, Dsuvia isn’t the answer.

“Allowing a much more potent drug like sufentanil to come on the market is directly contrary to our efforts to curb the opioid epidemic and the opioid overdose rates,” Koning said.

Dr. Sheldon Opperman, an anesthesiologist and co-founder of a New York-based chronic pain center, echoes that sentiment. “We do not need a drug that is over 10 times stronger than fentanyl out in the market, unless we wish to see more abuse and overdoses to add to an already perplexing epidemic,” he said.

Dsuvia is approved for use only in medically supervised scenarios, Palmer says. So it won’t contribute to the country’s addiction and overdose crisis.

“My heart goes out to everyone in that struggle, but that’s not who our drug would impact,” she said. “There’s an inpatient crisis that’s not getting the same kind of attention, and it’s affecting people’s health.”

Dr. Harold S. Minkowitz, a Houston anesthesiologist who has participated with Palmer in sufentanil research, agrees. After witnessing more than 200 patients dosed with the medication, he believes the new drug will be “excellent” in assisting physicians who treat acute pain.

“Sufentanil has undergone a rigorous clinical development program and I feel that not approving it would send a message to drug developers that they should not be investing any money into developing novel agents.”