First Responders and the Opioid Crisis: When the Helper Needs Help

First Responders and the Opioid Crisis: When the Helper Needs Help

After years of fighting the opioid epidemic on the front lines, first responders (law enforcement, paramedics, and other safety professionals) are starting to need support as well. 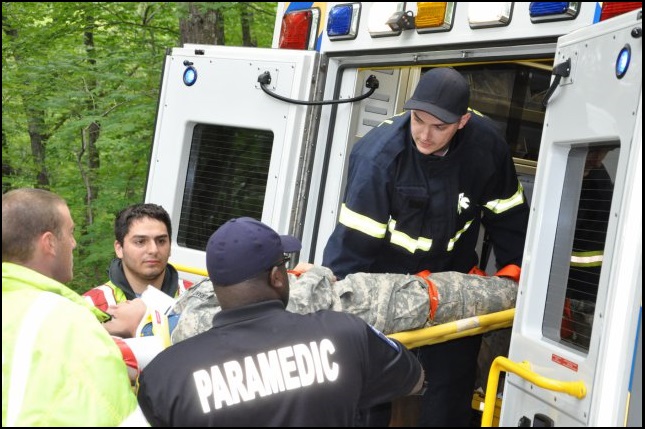 The drug overdose calls come in the middle of day and in the dead of night, in January and in July, from quiet suburban homes and busy street corners. They’re relentless.

As an EMT, you’re first on the scene. You quickly assess the situation, perform a sternal rub and rescue breaths, and administer naloxone.

The victim wakens suddenly. He’s angry and combative, denying he was in danger and refusing further medical treatment. You want to argue with him and insist, but you don’t have the time…

You rush to the next overdose emergency.

On the Front Line

After years of fighting the opioid epidemic on the front lines, first responders (law enforcement, paramedics, and other safety professionals) are starting to need support as well.

Even as they witness countless individuals repeatedly overdose (and all too often pass away), they’re often left to reckon with the trauma on their own.

The inevitable sense of responsibility, and the persistent nature of the addiction, is taxing for those in the opioid combat zone. When repeated efforts to revive overdose victims go in vain, it creates a sense of hopelessness for first-response teams that’s difficult to shake. The sheer frequency of emergencies is also intense, with little to no time for resting between calls.

The following video clip from the Canadian Broadcasting Corporation depicts a typical day for Vancouver first responders in 2016:

According to the Centers for Disease Control (CDC), 130 Americans die each day from opioid overdose. This epidemic has resulted in significantly increase health risks for teams on the front lines, primarily: 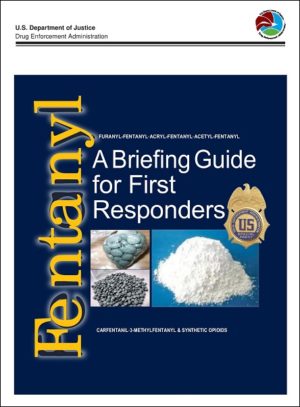 Accidental exposure to super-potent synthetic opioids (such as fentanyl) can result in an overdose for the first responder, compounding an already-stressful situation.

In June of 2016, the Drug Enforcement Administration (DEA) issued a briefing guide for first responders who might come in contact with the lethal synthetic drug, warning them: “Since fentanyl can be ingested orally, inhaled through the nose or mouth, or absorbed through the skin or eyes, any substance suspected to contain fentanyl should be treated with extreme caution as exposure to a small amount can lead to significant health‐related complications, respiratory depression, or death.”

It’s easy for first-response teams to develop compassion fatigue. On the one hand, they tend to be naturally caring individuals who love their jobs. On the other hand, they become burned out from the sheer repeated number of emergencies. The paradox is, by caring so much, they can develop an inability to care. 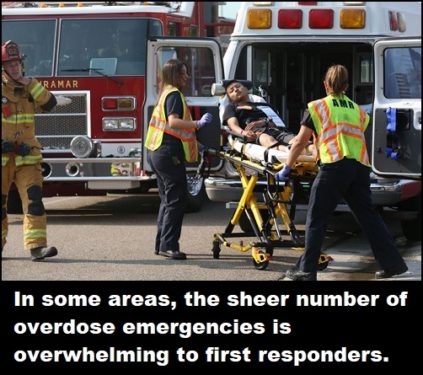 Phil Watkins is a lieutenant in the police department in Huntington, W. Va., one of the cities hardest hit by the opioid crisis. “These issues that we’re facing, they can become very fatiguing to officers and first responders, without individuals realizing that it’s even happening,” Watkins said.

And while they may be able to save someone from an overdose, first responders can’t force the overdose victim to get treatment. When responders save the same person multiple times, it often leads to a sense of futility.

According to Captain Scott Ramey of the Huntington Fire Department, the number of opioid overdoses in his town can be overwhelming. “We see the same people every day, and it gets to the point where it beats down on us… and we get to the point where we get so tired.”

At its root, compassion fatigue is an emotional response to being repeatedly exposed to the trauma of others. Left untreated, it often leads to symptoms of post-traumatic stress disorder, such as heightened awareness, anger or dissociation. 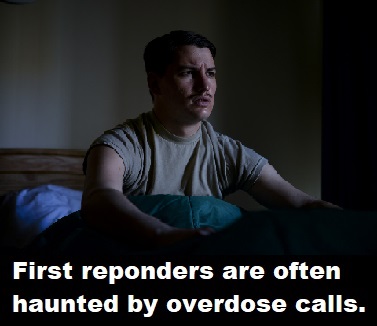 Michael Brumage, former executive director for the Kanawha-Charleston Health department in West Virginia, stressed the severity of PTSD among first responders. “When repeatedly exposed to people who are overdosing, especially those who have repeated overdoses, we’re facing cynicism, and some of the older law enforcement officers expressed a kind of detachment from both work and personal lives.”

According to Brumage, the worst incidents occur when family members are the ones to discover the overdose victim and have to make the 911 call. In those situations, first responders walk into chaos. Often children are present to witness both the violent overdose and the aftermath of attempting to revive the victim.

Such cases tend to haunt first responders, as they’re constantly reminded of that trauma each time they respond to a new call. They develop a type of “secondary traumatic stress.” That is, their stress reactions and symptoms result from exposure to someone else’s traumatic experiences.

According to the CDC, signs of secondary traumatic stress can include:

But now municipalities and private healthcare providers across the country are beginning to offer more comprehensive mental health support to first responders affected by the opioid crisis.

First-response teams are being taught how to detect signs of compassion fatigue or PTSD in themselves and others. Support groups are being formed to allow team members to process the stress of a critical incident. Other techniques, such as “mindfulness” training, are also being offered as part of an enhanced menu of mental health services. 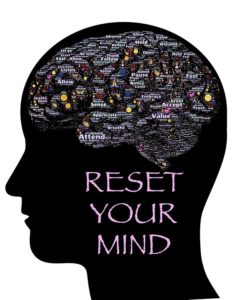 For instance, Huntington Fire Chief Jan Rader recently started a first responders’ self-care program. According to Rader, the need in her department was urgent. “It’s not uncommon for the average firefighter in Huntington to see up to five young deaths per month,” she said. “These are their friends, these are their classmates.”

Rader’s self-care program recognizes the team members’ hard work and gives them a voice. It provides them with stress training and mental health options. It offers yoga classes in the fire stations and on-duty massages.

To address the futility that her team often felt when reviving the same victims multiple times, Rader also created a Quick Response Team (QRT). Here’s how she describes it: 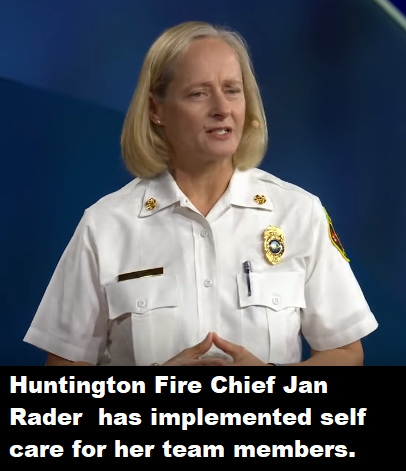 “The team consists of a paramedic, a police officer, somebody in the recovery community and somebody in the faith community. As a team, they go out and visit people who have overdosed within 72 hours of that resuscitation. They talk, they listen. They build a rapport with that patient, and they offer them treatment options.”

As a result, about 30% of these victims are now accepting help from the QRT. And the team members have begun to feel like they’re making a difference.

Overall, Rader’s comprehensive approach is reaping immense rewards: Huntington’s overdoses are down 40 percent, and overdose deaths have been reduced by half.

Are You at Risk?

How can first responders know if they’re at risk for compassion fatigue or PTSD?

One easy way is to perform a self-check by taking the Professional Quality of Life Elements Theory and Measurement. This free measurement tool can help gauge the level of professional stress, and determine the risk for compassion fatigue and secondary trauma.

In addition, SAMHSA offers resources to help understand the signs of compassion fatigue, ways to help yourself, and when to seek professional help.

Mining and the Movies: A Rich Tradition Wednesday Jun 5th, 2019
Six Delivery Trends You Should Know About Wednesday Jul 3rd, 2019