Is Portugal Winning the War on Drugs?

Is Portugal Winning the War on Drugs?

It all started in the 1970’s, when young Portuguese men were drafted to fight the country’s wars in the African colonies. Many of these soldiers returned home with drug habits — habits that were often embraced by their countrymen, who were getting their first taste of freedom after Portugal’s political revolution. 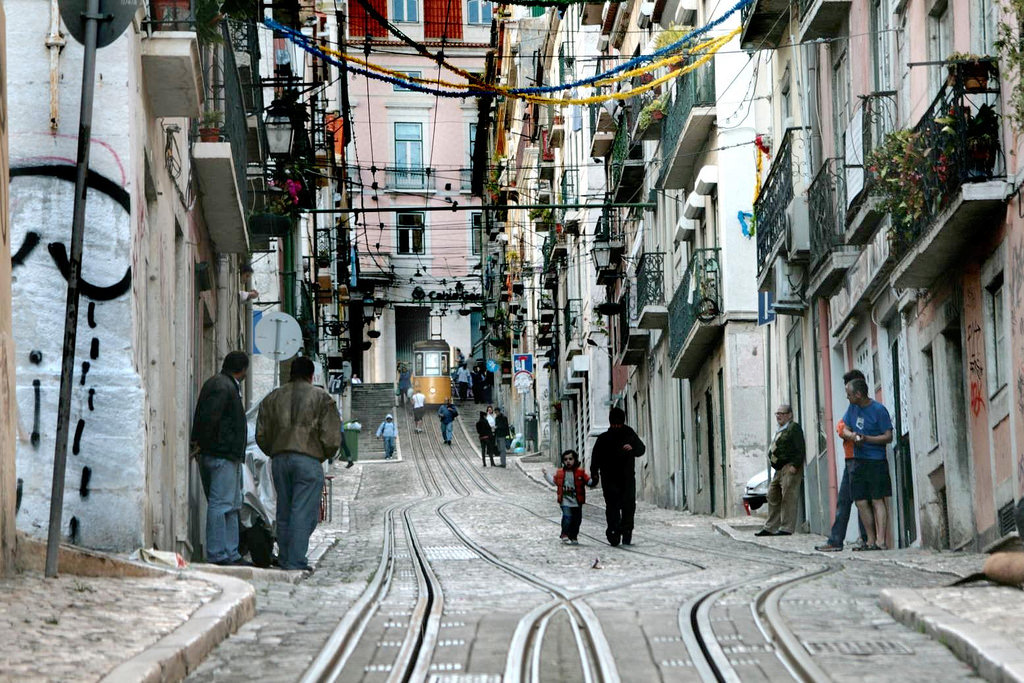 On a concrete stoop in Lisbon, Portugal, sits a middle-aged man smoking crack cocaine. His name is Rui. And he’s grateful that the stigma against addicts has eased significantly in his country.

“It’s less, because the methadone is coming, and people are treating this problem,” he says. “They see the drugs with another perspective.”

That’s putting it mildly. In 2001, the Portuguese government did something that many Americans would find disturbing. It flipped its “war on drugs” strategy entirely, and decriminalized them all.

They Had to Do Something 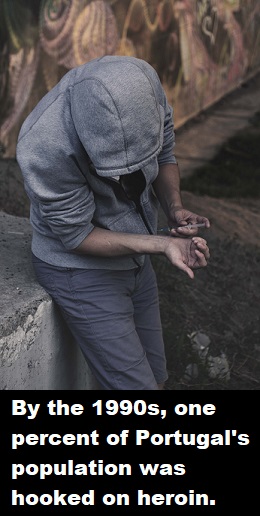 What caused them to take such a radical approach? The sheer numbers of addicts.

It all started in the 1970’s, when young Portuguese men were drafted to fight the country’s wars in the African colonies. Many of these soldiers returned home with drug habits — habits that were often embraced by their countrymen, who were getting their first taste of freedom after Portugal’s political revolution.

By the 1990’s, one percent of the country’s population was hooked on heroin. It was one of the worst drug epidemics in the world. So Portugal’s drug czar, João Goulão, took action. Beginning in 2001, possession or use of any drug — even heroin — would be treated as a health issue, instead of a crime.

“Every family had its own drug addict,” Goulão said. “It was so, so present in everyday life, that it turned public opinion.” There was little opposition to the policy change.

Free Methadone
A key component in the public health effort are the mobile methadone vans that cruise Lisbon’s streets daily. They supply drug addicts with free methadone, in an attempt to stabilize their lives and enable them to remain employed.

By contrast, methadone treatment in the U.S. is often expensive or difficult to access, and only 10% of addicted Americans receive it. 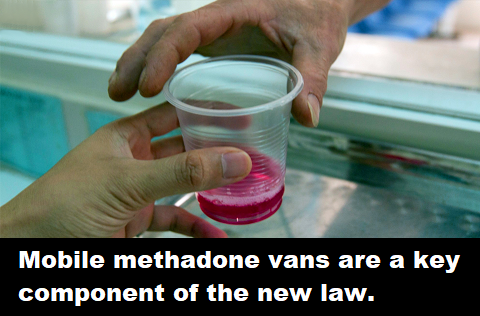 Under the new law, drug dealers are still sent to prison. But anyone caught with less than a 10-day supply of any drug — including heroin — receives mandatory medical treatment instead of jail time. For every Portuguese drug user who cannot escape addiction, there’s daily methadone, counseling and free treatment.

A generation ago, these addicts were put in jail. Now they’re on the street.

In Lisbon, for instance, a team of 10 counselors handles all of the city’s annual drug cases – about 2,500. That’s a 75 percent drop from the 1990’s. And Portugal’s drug-induced death rate is now five times lower than the average in the EU. It’s also about one-fiftieth the latest number for the U.S.

According to the country’s Health Ministry, only about 25,000 Portuguese now use heroin — down from 100,000 when the policy began.

But some social scientists have cautioned against attributing all the numbers to the decriminalization policy. In particular, critics cite the fact that the new policy occurred in conjunction with an expansion of the Portuguese welfare state, and with the introduction of a guaranteed minimum income. The government also shifted drug control from the Justice Department to the Ministry of Health at the same time.

It appears that several factors converged to produce the remarkable results.

But Portugal has a history of financial crises, and currently faces a precarious financial situation. Some analysts have even speculated that the country could require another bailout within 10 years’ time. So the question of how long it can continue to fund its treatment programs remains to be seen.

Meanwhile, people in need continue to line up at the vans.