It’s the only rock we humans eat. We expect it on our fries and pretzels, and we keep a supply of it on our dinner tables (hence, the name “table salt”). Without it, you die. (Too much, and you also die.) But how much do you really know about good ol’ sodium chloride? Take our quiz to see if you’re really worth your salt—or if it’s back to the salt mines for you! 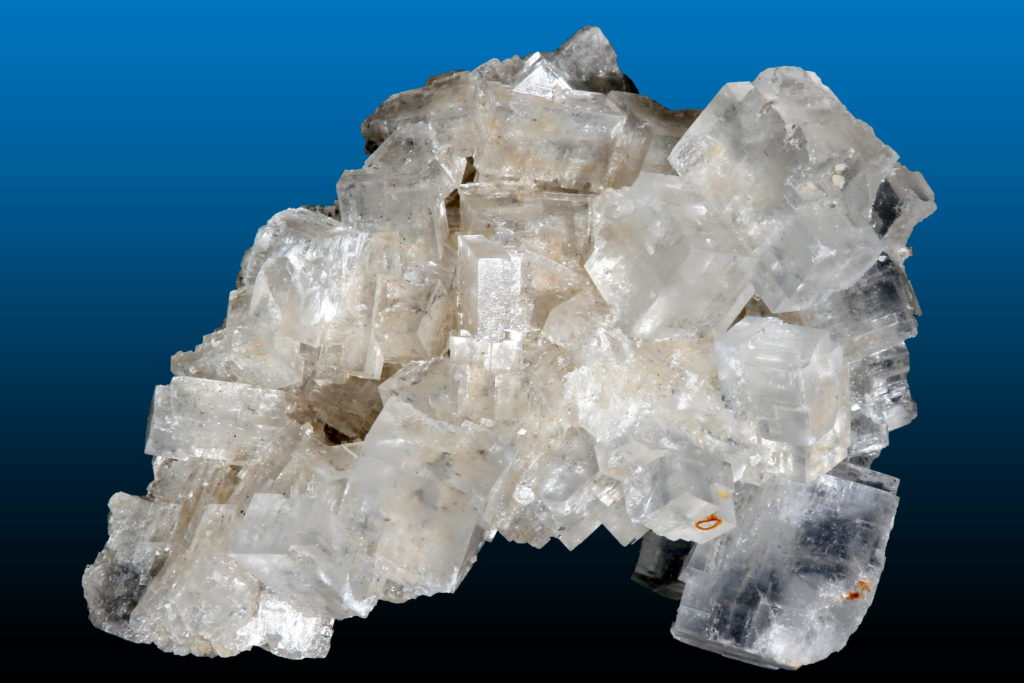 Are You Worth Your Salt? Take Our Quiz and See

It’s the only rock we humans eat.

We expect it on our fries and pretzels, and we keep a supply of it on our dinner tables (hence, the name “table salt”).

Without it, you die. (Too much, and you also die.)

But how much do you really know about good ol’ sodium chloride? Take our quiz to see if you’re really worth your salt—or if it’s back to the salt mines for you!

#1. In which country is the world’s oldest salt mine located?

If you chose B, you really know your salt. Azerbaijan (pronounced AZ-ər-by-JAHN) is a Eurasian country smaller than the state of Indiana, but with a population of almost 10 million people. In 2010, archeologists discovered that salt mines in the country’s Araxes Valley were already being harvested around 5,000 BC. This finding represents the most ancient documented mining of rock salt to date.

#2. Since the 1920s, iodine has been added to sodium chloride in the U.S. to prevent which physical affliction?
A. Rickets
B. Scurvy
C. Polio
D. Goiters
E. Shingles

The answer is D. Goiters are caused by iodine deficiency, which leads to enlargement of the thyroid and swelling in the neck. Before the 1920s, iodine deficiency was common in the Great Lakes, Appalachian, and northwestern regions of the U.S. and in most of Canada. The introduction of iodized salt in 1924 has virtually eliminated iodine deficiency and the so-called “goiter belt” in these areas.

The Salt Institute estimates that only about 70% of the table salt sold in the United States today is iodized. (Salts used in processed foods are typically not iodized.)

However, many other parts of the world do not have adequate iodine available through their diet, and iodine deficiency continues to be an important public health problem globally. According to the American Thyroid Association, approximately 40% of the world’s population still remains at risk for iodine deficiency.

#3. The estimated number of possible uses for salt is more than:

According to most sources, there are more than 14,000 uses for this mineral. Many of these can be found in places you’d least expect them.

For instance, salt sets the dye in fabric and is used to produce glass, polyester, plastics and leather. Salt is also used to clean gas and oil wells, and it’s a key component in the manufacture of paper, tires, brass, bleach and steel.

Surprisingly, most sodium chloride is used on our roadways, not in our food. According to the U.S. Geological Survey, in 2017:

“Highway deicing accounted for about 44% of total salt consumed. The chemical industry accounted for about 36% of total salt sales… Chlorine and caustic soda manufacturers were the main consumers within the chemical industry. The remaining markets for salt were… distributors, 8%; agricultural, 3%; food processing, 3%; other uses combined with exports, 3%; general industrial, 2%; and primary water treatment, 1%.”

#4. True or False: In ancient times, Roman soldiers were actually paid in salt.
The answer is…False. Sort of. (Okay…it was a trick question.)

Although this is a common misconception, the idea of Romans being paid with it is only partially true. In fact, Roman soldiers were paid in actual currency, but that money was used to buy salt, which at the time was a very valuable and necessary item. In fact, the word “salary” comes from the Latin word salarium, which has the root sal, or “salt.”

Not surprisingly, solar evaporation (D) is the oldest method of salt production. Ever since salt crystals were first noticed in trapped pools of sea water, they’ve been harvested for human use. This method is used primarily in warm climates where the evaporation rate exceeds the precipitation rate and where steady winds prevail.

#6. In which country would you find the world’s largest underground salt mine?
A. Russia
B. Bolivia
C. Canada
D. Pakistan
E. Australia

The world’s largest mine is located in Goderich Ontario, Canada, so the answer is C.

The Sifto Mine produces about nine million tons of rock salt annually. By the way, in order to mine that much, 40-ton dump trunks must be disassembled, lowered down an 1,800-foot mine shaft, and then reassembled for use.

If you guessed D, don’t be discouraged. Pakistan is, in fact, home to the world’s second largest mine, the Khewra Mine. This mine is so large it contains a mosque composed entirely of rock salt. An electric train within the mine allows tourists to follow in the footsteps of Alexander the Great!

#7. On the other hand, the world’s largest salt FLAT is located where?
A. China
B. Russia
C. Chile
D. Bolivia
E. United States

Salar de Uyuni, located in Bolivia, covers more than 4,000 square miles. This ginormous flat is 100 times bigger than the Bonneville flats in Utah!

It’s so flat that NASA uses its surface to calibrate sensors on board satellites. And whenever a thin film of water rests on its surface, it becomes as reflective as a mirror. But it’s also believed to contain the biggest store of lithium in the world – a commodity in high demand for its use in lightweight batteries.

#8. Spilling salt is considered to be bad luck. What is believed to be the origin of this superstition?
A. Ancient Egyptians would spill salt on mummies to protect them from evil spirits in the netherworld.
B. Leonardo da Vinci’s The Last Supper depicted Judas as spilling it on the table.
C. Ancient Aztecs sprinkled it on the altars they used for human sacrifice.
D. Ancient Greek seers would use spilled salt as a means of fortune telling.
E. Medieval peasants would spill it on a table to indicate their disgust.

Because salt was so highly valued in the ancient world, wasting it would be considered unlucky. According to the Dictionary of Phrase and Fable, salt was often used by the Jews, Greeks and Romans in their various religious rituals, so wasting it was also considered unholy.

But beyond that, this particular superstition is most often attributed to Leonardo da Vinci. In his famous painting The Last Supper, Leonardo portrays Judas the traitor as having knocked over a container of salt on the table. As a result, spilling it is viewed as an omen of bad fortune.

On the Other Hand…
Some writers contend that this superstition actually dates back to the ancient Sumerians who, they claim, first took to nullifying the bad luck of spilled salt by throwing a pinch of it over their left shoulders.

So… feel free to take our answer with a grain of salt.